One of our elite & trained gymnasts.-We did not train for gymnastics 🙂 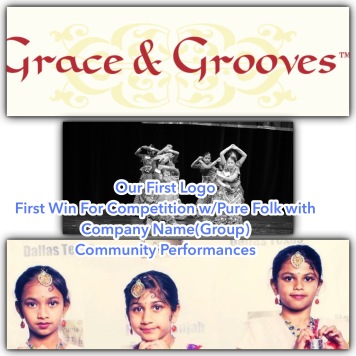 She was volunteering with us for about 2 full years in lieu of her daughter’s dance fees from 2011-2013 and some months post 2013. Rest, we would gift her. A fabulous lady who knows how to treat people, understands queries and at times their concerns regarding costumes, jewelry, to just about anything. She has travelled around world and knew pretty much everything that anybody had queries regarding.

Those 2-3 years when we started off doing regular lessons and filed for company name, we had people from outside US such as newly moved to US due to Green-Card Lottery, some moved to US on business visa or H1 visa from other countries while some like us who were pretty much settled where we were(Irving-Coppell). Times, we needed hand in backstage for costumes, makeup, ticketing, coordinating with organizers, collecting fees, checking the venues-this girl would get it all done. Some of these people had never spoken english or barely knew hindi and were an exclusive Telugu influenced. Swati was our big time help for all our south asian/indian programs for coordinating.

Till date, it is 2019 when we are editing this blog entry and we have received calls from organizers asking if its Swati they are talking to and they would start their talk in Telugu.

We had just registered our company and formation was still going on with lot of other paper-work during that time and our Indian Folk Dances Program was pretty well established with private groups in Irving, Coppell, Valley Ranch Areas of Dallas and Denton County with over 30 students on an average. Some recreational while some only competitions in Indian Folk Dances and a few work-out groups for moms.

Recreational Folk Dances were only names as such because they would not bother to perform in US or anywhere at all or would perform only in Indian audiences in India which made us even more proud when we received compliments and in some cases, some certificates or awards as they would participate in India for various competitions during their visits to their homeland.

Even after we were registered fully and almost all paper work was done, we were NOT committed to doing any regular community performances as Indian Folk Dances at competition level or even basic performance took us about fairly 10-12 classes for a good choreography to establish for an age group of 6 to 10 years.

It was Ms. Swati’s decision however to prompt us to start Bollywood / Tollywood (Telugu Cinema Dances)/Indian Movie Dances.

And our very first Bollywood Group had its very first official performance in IANT  2013 under the name of Grace Creations-our non-competitive performing fusion company. And we started taking Bollywood students in groups targeting specific performances for community events.

Grace Creation, however, was formed with an inspiration from Indian dance companies in east-coast which Mrs. Nagaraj had been following in various social-media channels or as her idols or via her network of dancers in Ahmedabad, Mumbai, Rajasthan and Delhi. Our Students were already trained in Non-Indian Dances from Ballet Academy of Texas, and Coppell Dance Center(Now Prestige Dance Center) and we already had required Indian Dance knowledge of Indian Folk and Bharatnatyam that we needed to create fusion category of dances.

But that was it, the group then dissolved as nobody was interested in regular community performances on monthly basis for Bollywood but instead wanted to move to Bharatnatyam when they saw Ms. Hetal Nagaraj teaching some classical work to college students who had come for competition related classes.

Some students moved outside city itself while for others who stayed with us, shaped with us with our newly established structured program for Bollywood Dances. These students were also taking Indian Folk Dance Lessons from us as seperate programs and Bharatanatyam. In total, they would dance 1 hour per week for each program i.e. 3 hours total.

Looking back, if it wasn’t for the push of Ms. Burra, we would NOT have initiated the Bollywood-Tollywood or Indian Movie Dances Program and Grace Creations wouldn’t have existed so early. Initial plan was to launch Grace Creations in 2016, otherwise. Grace Creations is still our non-competing group for Bollywood students where now, most of our Musical Theatre Dances and acts happen in their respective categories and programs based on type/timeline of performance date. However, off-late in 2016 onwards, some of our fusion dances won 1st place non-stop in various competition from local, regional to state and national level.

Ms. Swati’s daughter, Srinija Burra was a fabulous recreational Indian Folk Dancer who was accepted in several competitions as Solo dance artist(Age 6) and was important part of our team. She has also won group Indian Folk Dance Competitions (Pure Folk and with respected judges/organizers with double degrees in fine arts-very proud of this young lady!) with our other 10 Indian Folk Dance Students. Srinija Burra has also been the student of the year and received discounts on our elite line of costumes rentals and several other perks that we offered from our sponsorships of our dances that time.

Srinija & Nirja were often mistaken and switched in their solo performances by the organizers due to similarity in names and back then they would look very same! Best part was, both these girls would steal the show anywhere they would go, be it solo, duet or in group. All photographers, videographers and other parents who did not know us or these girls would take only their pictures and dance-videos with close-ups in-spite of being 10-15 dancers on stage without our informing them.

They were/are known to be the face and honor of Grace And Grooves LLC and often mistaken as Mrs. Hetal’s daughters or Mrs. Swati’s daughters as well. Nobody knew. Fun!

Today as well, till date in 2019, they are asked by various organizers who see our promo videos and pictures going out or in google search for modeling to dance assignments. A childhood friendship that shares some of the most beautiful memories that both the girls will cherish throughout their life! We are very blessed to have these young ladies as part of our family.

Srinija was also the reason why we have student of the year today and was amongst our very first Student Of The Year :).

Thank you Swati for being our best one. We Miss You 🙂 This Blog post is exclusively for you!

Copyright Reach Media for Hetal Nagaraj | Grace And Grooves | Grace Creations | 2012-2019. This material may not be published, broadcast, rewritten or redistributed without permission.

One thought on “Past Staff (Volunteer & Paid)”